By now, I’m sure you’ve seen the triggering CBS interview Oprah’s bestie Gayle King did with basketball great Lisa Leslie about the life and legacy of Kobe Bryant. Following the death of Bryant Jan. 26 in a plane crash, King questioned Leslie, a longtime friend of his, on whether a rape allegation the NBA shooting guard faced in 2003 made Bryant’s legacy complicated for her as a WNBA player and woman.”It’s not complicated for me at all,” Leslie said. She went on to explain that Bryant wasn’t the kind of guy who aggressively pursued women and that it’s hard for her to believe he acted forcibly with a woman. Still, that explanation didn’t cool the heat King faced after the interview when a clip of only that part of her conversation with Leslie went viral.

To the millions who love Bryant and were devastated by his death, the rape allegation is old news. Charges against him were dropped in September 2004, according to the Los Angeles Times. Bryant said then in a statement:

“Although I truly believe this encounter between us was consensual, I recognize now that she did not and does not view this incident the same way I did. After months of reviewing discovery, listening to her attorney, and even her testimony in person, I now understand how she feels that she did not consent to this encounter.”

That statement, however, is hardly a thought to the family Bryant leaves behind, presumably, and his fans argued that King’s focus on that element of his life was unfair and cruel.

I’ll be the first to admit as someone who’s worked in mostly print journalism, I haven’t followed King’s career. I don’t know what her journalistic training entailed, but I can empathize with her as much as I disagree with her approach.

.@Oprah emotionally responds to backlash her friend Gayle King received over King’s recent interview about Kobe Bryant with WNBA legend Lisa Leslie: “She is not doing well because she has now death threats.” pic.twitter.com/M8HrCp8vTr

At face value, yes asking a close friend of someone who has unexpectedly died tragically about a more than decade-old rape allegation was insensitive and some would even say tactless, but understand journalists aren’t called to be nice or understanding. Flip-side, we also aren’t called to blindly seek and report truth. This is what differentiates journalists from anyone with a cellphone and a keyboard. At every turn, we should be asking ourselves, what is my purpose in sharing this story, in asking this question, in taking this interview. Who am I hurting and is my purpose worth it? Am I serving a good that rises above the hurt I am causing?

These questions are at the heart of what it means to be a journalist of integrity, but let’s not pretend that they are easy questions to answer. Even having vision enough to ask the questions isn’t something you just wake up with. Your life experiences have to lead you there. In all honesty, I didn’t have that kind of vision starting out. If I had access to someone like Leslie, I probably wouldn’t have asked her about the rape allegation against Bryant, but it’s not because I’m a better person than King. I would’ve been scared sh—less to ask someone grieving that. I’d like to consider myself to be a journalist who is now more driven by purpose, but since we’re being honest, I wouldn’t have immediately ruled out asking the question.

If I’m writing about someone’s life, it’s my job to write about the good and bad, to give a complete picture of who that person was. Here’s the important part though: I’d be damn certain the allegation had weight before bringing it up after the accused had died.

I’d ask myself: Who are the people most qualified to speak about the rape allegation? Direct sources, witnesses, the actual accuser. Anything short of that is speculative hearsay not worth the trouble it would cause the family and not worth my time. When the actual accuser speaks out, that’s when I’d cover it because what she experienced does matter. Her side matters, and when she wants to share it, I’m sure many journalists would be willing to help. But short of providing new light and closure to the alleged victim, I have to ask, what really is the greater purpose in airing speculation about a rape allegation when the accused has died. And King didn’t just ask, she pushed and asked again, leaving her explanation that the clip was out of context falling a bit flat.

I don’t have the insight to know that this was part of some larger scheme to bring down the black man, and I didn’t pay attention to how she covered the disgraced movie exec Harvey Weinstein when news of repeated allegations against him broke. All I can say is that regarding this interview with Leslie, I don’t understand what King’s purpose was. I don’t think that makes her a b—— as rap icon Snoop Dogg put it, and I don’t think her journalistic decision making has earned her or anyone for that matter resulting death threats and promises of bodily harm.

Frankly, a public who has created and continues to support a news environment that prioritizes salacious news above all else has little room to cast judgment at all. What I will say is that as someone who has had the job of asking difficult questions at what can feel like the worst moments, I’m not throwing King away. I don’t know her intent, but I do know the job of a journalist. Though easy to judge, it is not easy, and I won’t be spending my days tearing down a black woman who asked the same question that white reporters asked earlier and didn’t face anywhere near as fierce or lingering criticism for. 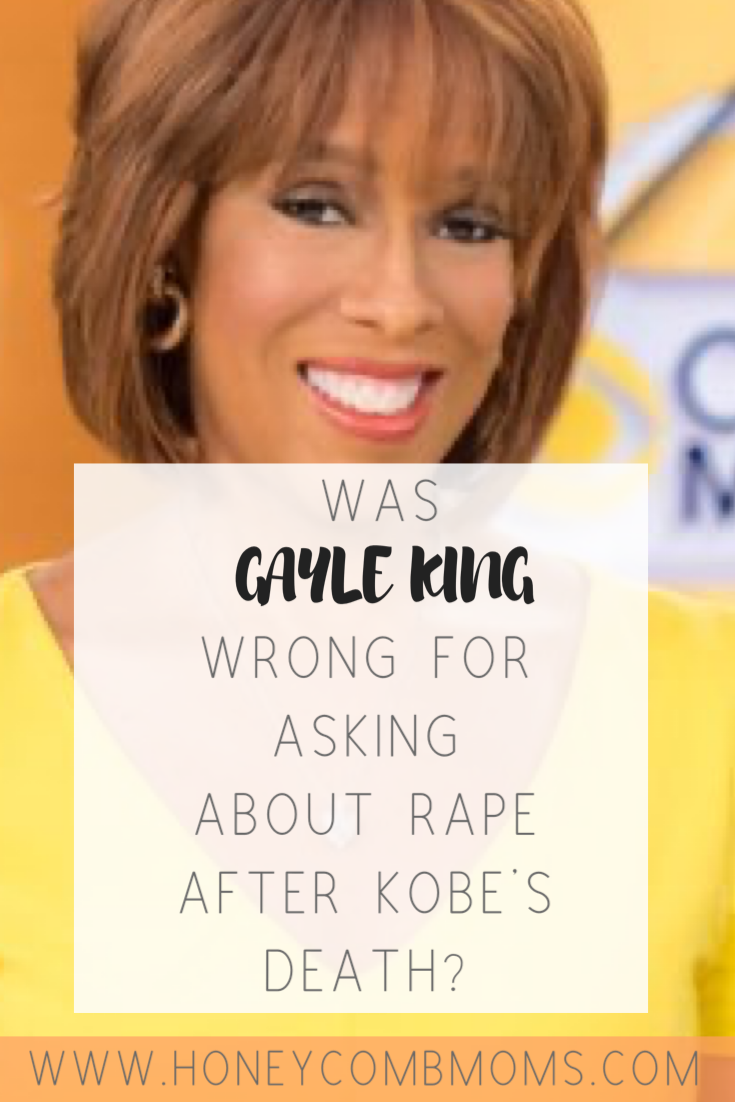