Mason Bottle sponsored this post. Opinions are 100 percent my own.

Before my son Donovan’s birth, I had every intention of breastfeeding exclusively. I didn’t want to confuse him by adding bottles to the mix too early, which is what every expert around says to avoid.

So my plan was to hold off on bottles a few weeks, then convert my abundant supply of mason jars leftover from my wedding centerpieces into glass baby bottles.

There’s even a whole company (Mason Bottle) devoted to the concept, so I knew my plan was a winner.

It was supposed to all work seamlessly, but Donovan had other plans.

He had such a hard time learning to latch that I ended up having to bypass breastfeeding and pump exclusively.

That meant I needed bottles a lot sooner than expected. So I used what I had, a mix of free and gifted plastic bottles. Get glass baby bottles under $5 | Honeycomb Moms | My son, Donovan made quick work of his bottle at home in Atlanta. With the Mason Bottle sleeve, he could even hold it with one hand for a bit. LAUREN FLOYD / INFO@HONEYCOMBMOMS.COM

Why I made the switch to glass baby bottles

The American Academy of Pediatrics explained in its push for regulatory reform that heating plastics by sticking them in the microwave or dishwasher could cause chemicals to leak into foods and drinks.

Some of those chemicals – bisphenols, such as BPA for example – “can act like estrogen in the body, change the timing of puberty, decrease fertility, increase body fat and affect the nervous and immune systems.”

The good news is BPA is already banned in baby bottles and sippy cups. The bad news is the Academy of Pediatrics is still urging a push for reform and citing growing evidence of negative effects to children’s health in the process. I knew I had to err on the side of caution.

Other moms might suggest simply washing the baby bottles by hand to avoid the negative effects of heating them. That’s like telling me: Just get some scrap plastic, melt it down and make the bottles yourself. It isn’t going to happen.

I instead, purchased a few new bottle nipples and mason jar rings and put into action my original plan to convert my mason jars into glass baby bottles. How to use mason jars as baby bottles

I already had dozens of mason jars in every size imaginable, so all I needed to add were Mason Bottle’s special-made silicone nipples and a few of their plastic rings and caps.

I ordered fast-flow nipples and rust-resistant rings first. When they arrived, I was able to screw them on my mason jars with no problem. Even better, Donovan took to them instantly. He didn’t choke or have increased gas.

I’ll be the first to admit I tried to opt out of the caps to save a few dollars. I opted for Ziploc bags instead. That was a huge fail. Not only did I look like a train-wreck in public, I felt like one. At a reggae festival in Atlanta, I almost dropped everything in a glass-shattering catastrophe trying to shake a bottle inside a plastic bag. 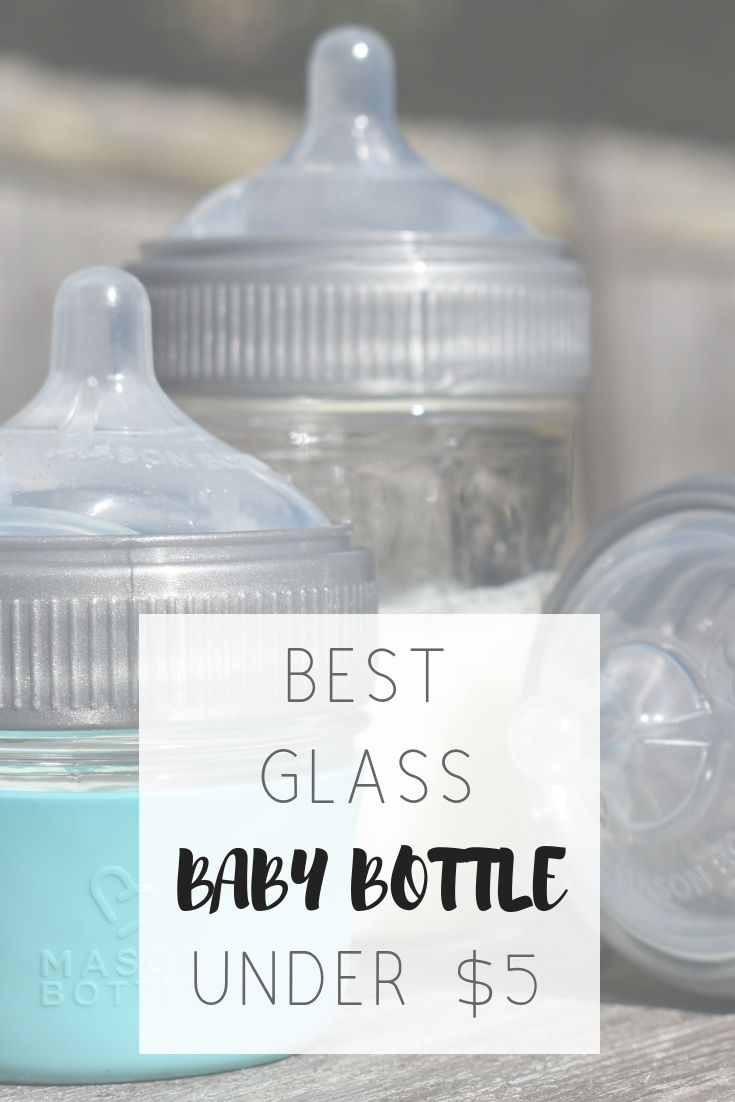 When I got my bottle caps, life was just better, and the best part about it is my grand total still came under what most people pay for high-quality plastic bottles.

Even if you don’t already have tons of mason jars, a 12-pack of pint-sized jars is only $9.83 at Walmart. Rotate two packs of Mason Bottle nipples and four rings and caps between your jar collection, and the grand total ends up being just less than $50. That breaks down to about $4.15 per bottle.

You can even knock off an extra 20 percent with the discount code Honeycomb20.

So even if you don’t buy that plastic bottles are dangerous — and I’m not sure that I do — it’s hard to argue against switching to glass when it saves money. 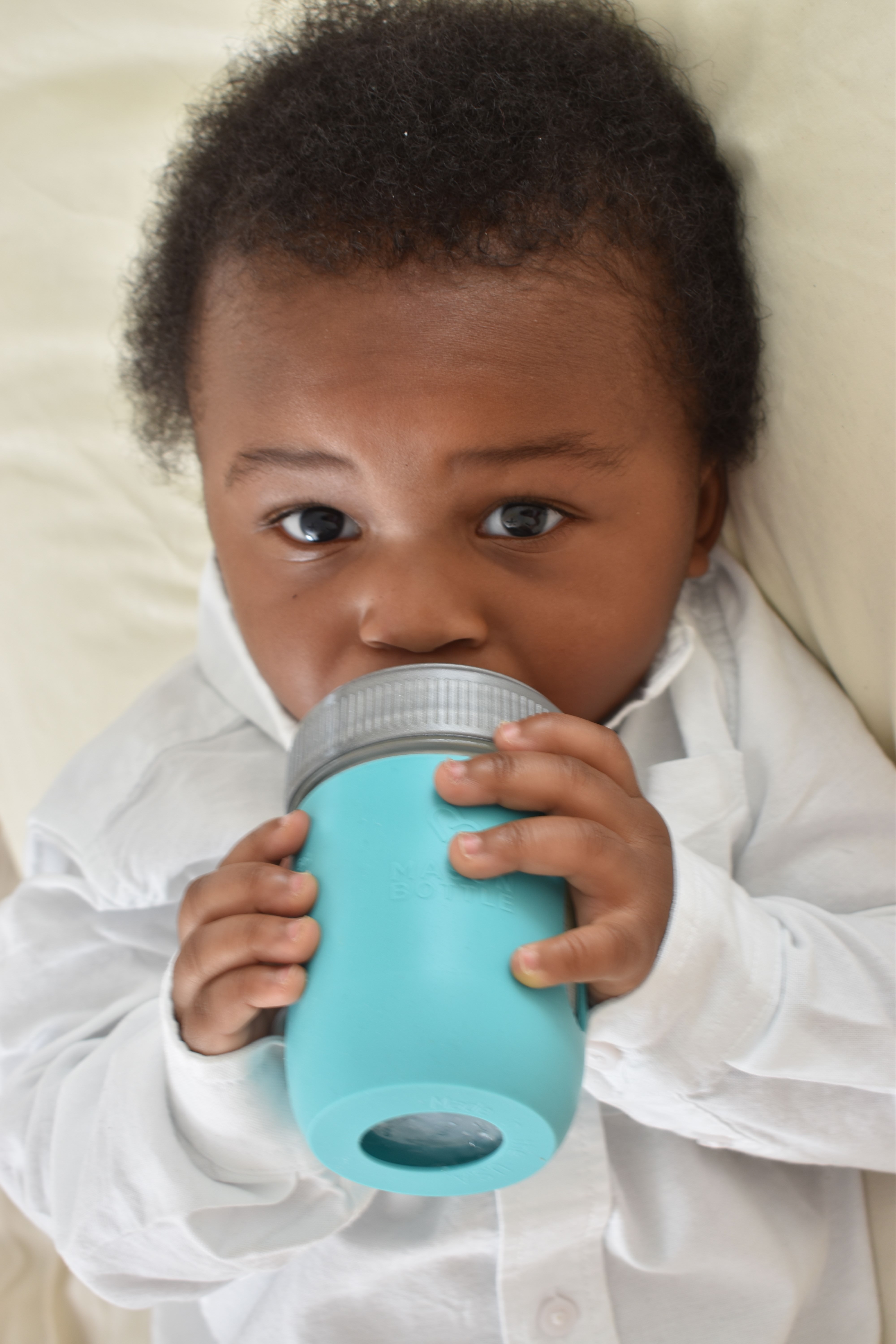 Get glass baby bottles under $5 | Honeycomb Moms | I try to stay away from DIY projects whenever possible, but I couldn’t help but make my own glass baby bottles. It’s way too easy with bulk mason jars and Mason Bottle nipples and rings. LAUREN FLOYD / INFO@HONEYCOMBMOMS.COM 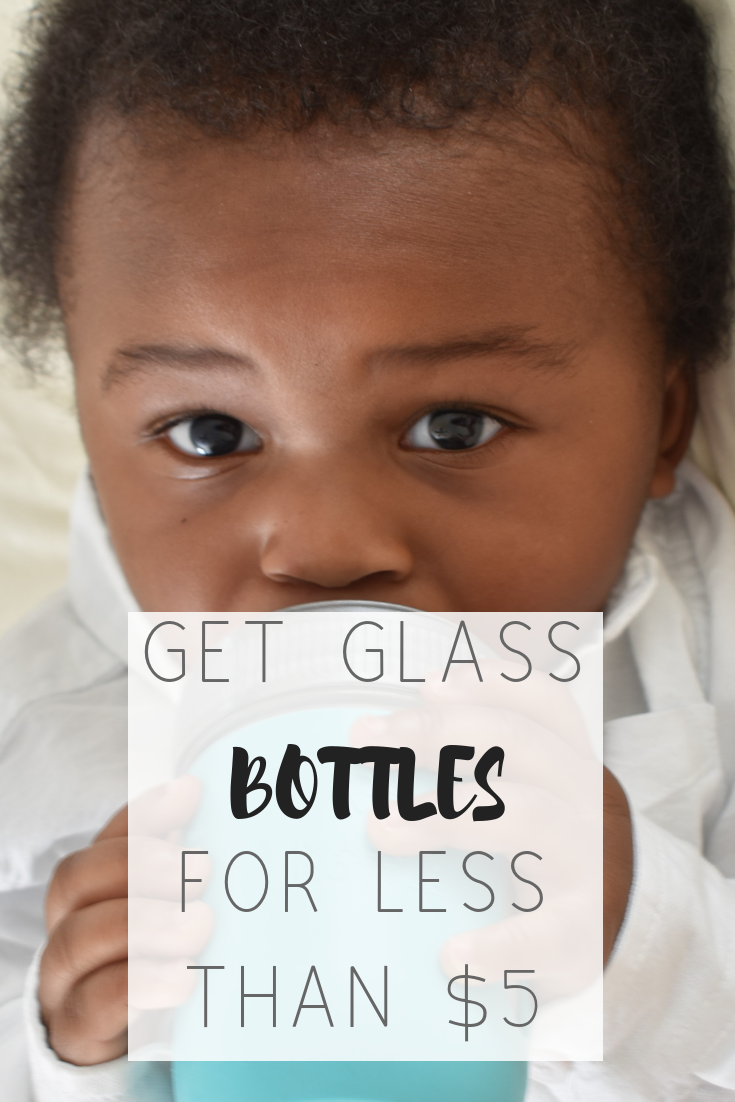 NEW: Motif offers free breast pumps after startup leaves moms in the dark
6 Things to Do for My Birthday If You Really Love Me
How to use sippy cups: Help your baby transition from the bottle
You can win, child: Save money on diapers and avoid leaks

28 thoughts on “Get glass baby bottles under $5”