I go all out when I plan a trip for a big group, and I actually get an odd satisfaction out of it.

So when my line sisters and I decided we would celebrate 10 years in the sorority together with an anniversary trip, I knew I wanted to help plan it. Now, if you’ve ever planned a trip for upward of 15 women, you know the struggle I’m about to get into.

How we started planning our trip for a big group

The first step was to pick a date. Anything near Dec. 7, the day we actually joined the sorority, was a no-go. That would be way too close to Christmas.

In fact, no date in 2018 would work because they are all way too close to now.

So a vocal majority of us agreed on early 2019. We even pinned it down to one month, January.

Everything else was up in the air when Honeycomb moms Judea Dee-Steele and Jerusha Washington started a planning committee via Groupme for how to plan a trip for a big group.

Up until that point, we had only chatted casually about a ski trip and free timeshares we could access. 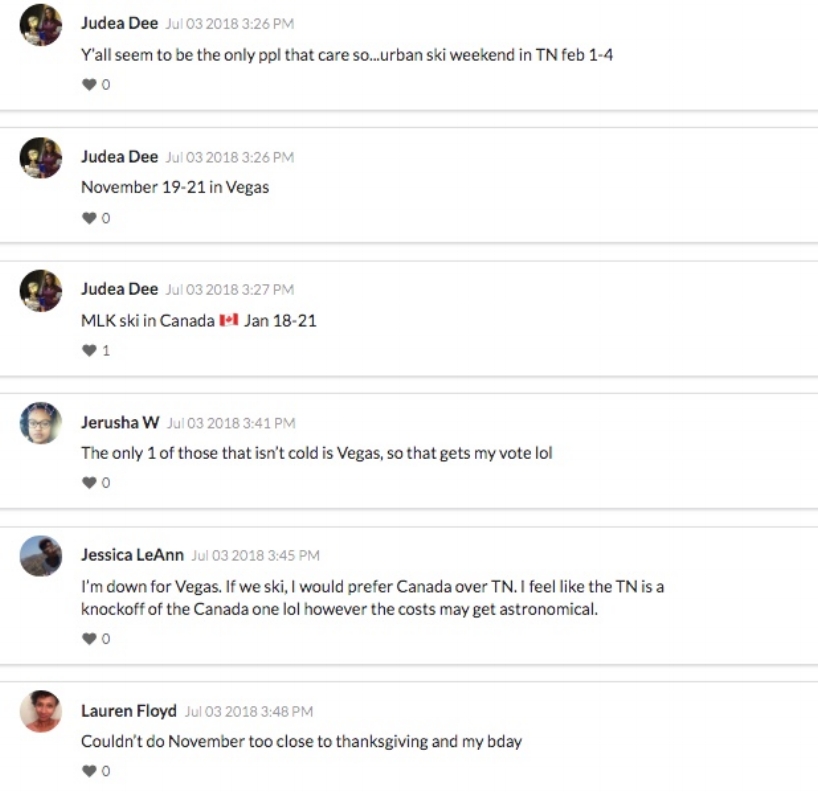 Nail down a travel destination

Vegas or Canada, a simple choice between two destinations, right? It’s the most basic decision when you plan a trip for a big group, right? 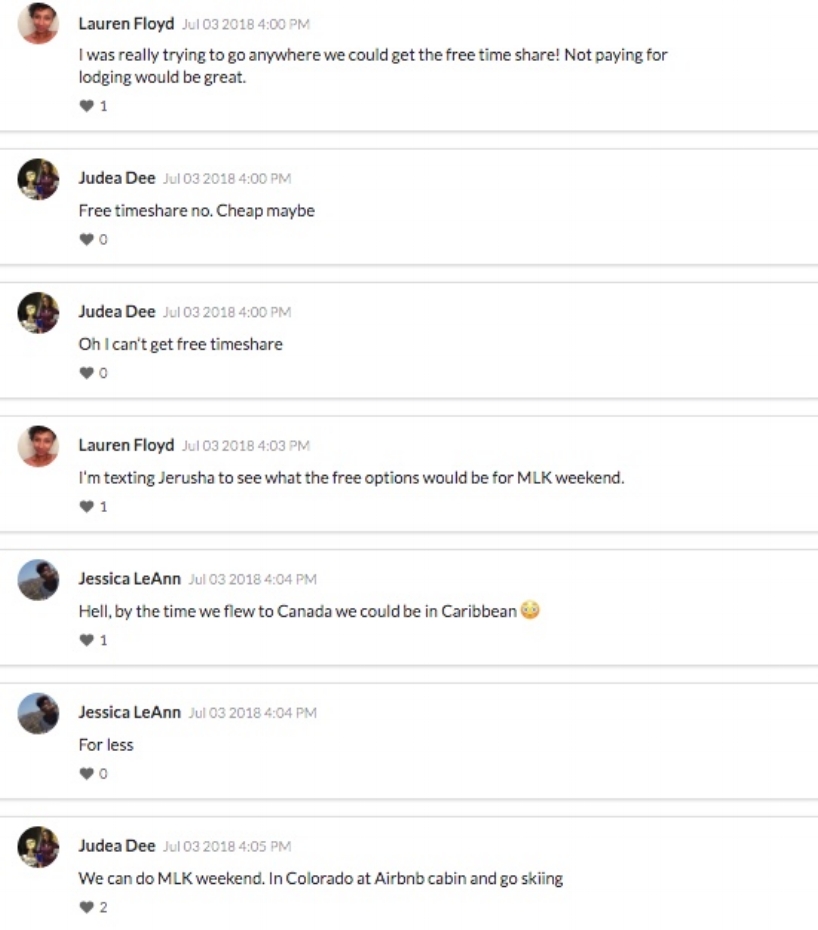 Notice the first introduction to a Caribbean prospect, which everyone initially ignored.

The group instead, assigned Honeycomb mom Jessica Hawkins the task of looking into skiing options in Colorado and moved on to other planning. 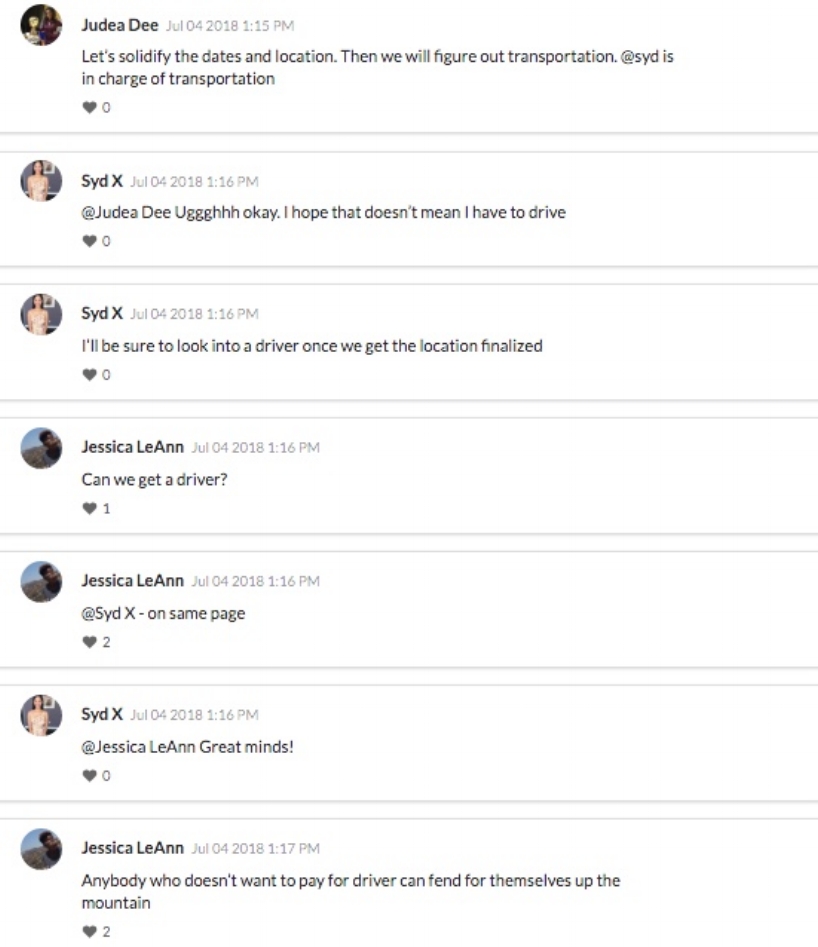 We had our marching orders. (I gave myself one too, looking into the Canada option.)

Jessica and I filled out a three-page spreadsheet with everything from estimated flight pricing to Airbnb prospects.

And although Jessica and I preferred Canada, we recommended Keystone. We figured it would allow more people to go. 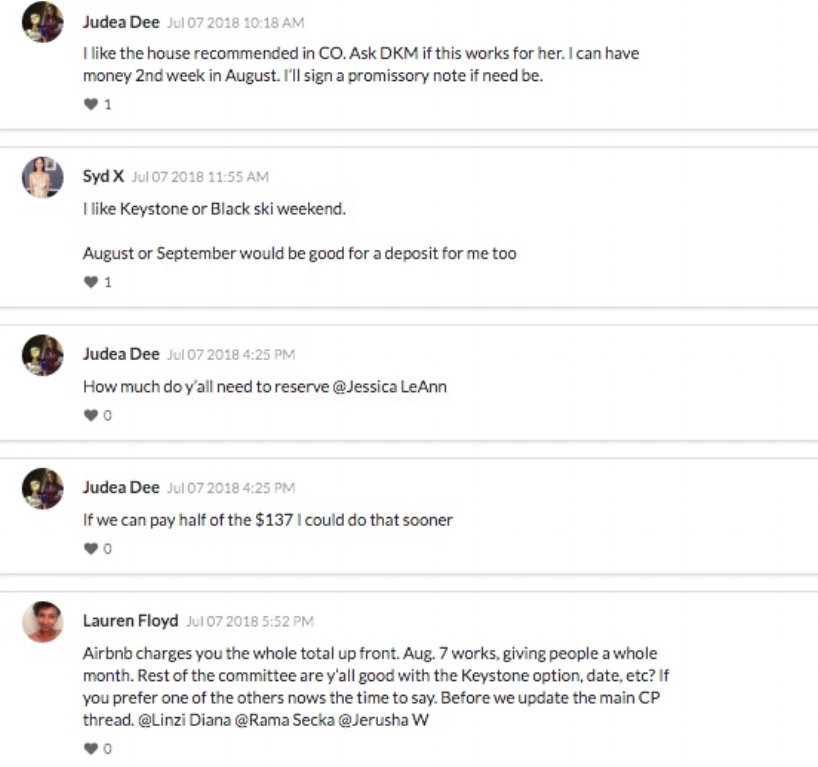 Compromise, and try not to flip flop

The others responded with their date preferences, and we got a clear majority. But we were quite a ways away from picking a destination.

Jerusha still had her heart set on somewhere warm, and it turns out she wasn’t alone. 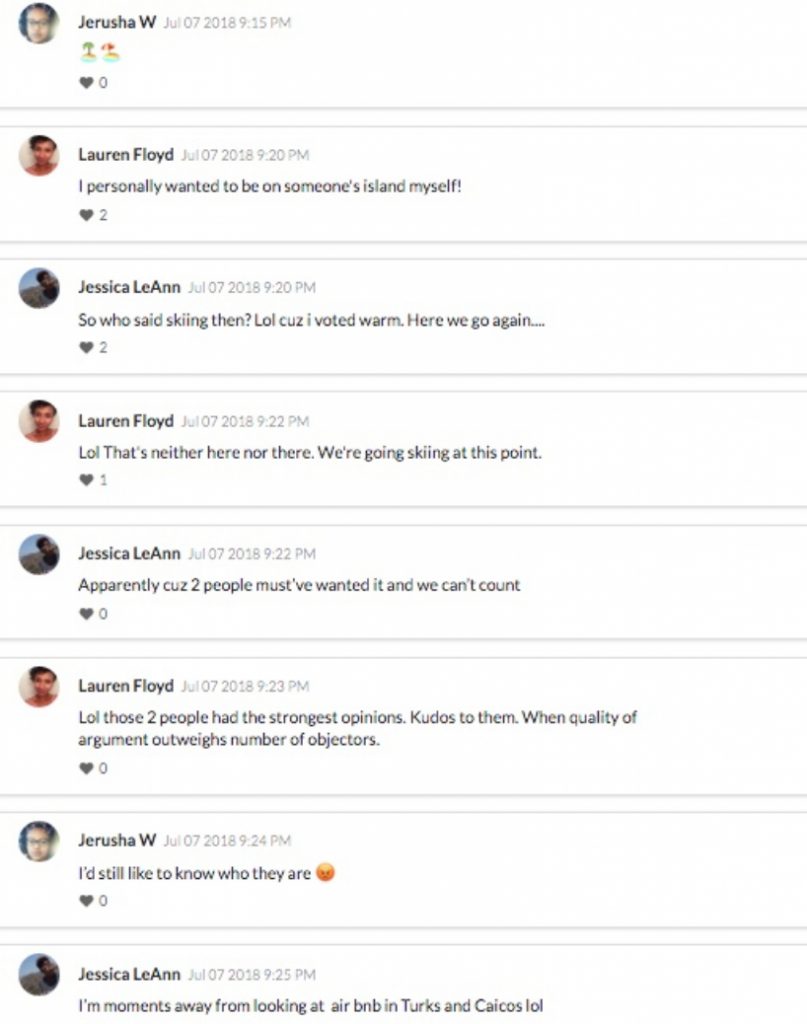 It was only kind of a joke.

I’ll admit I didn’t like how costs were adding up for Canada. Once the rest of the group caught wind of that, they all but eliminated Canada as an option, and back to the drawing board we went.

“I propose Vegas back on the table,” Judea said.

The floodgates opened – New Orleans, Cabo San Lucas, Cozumel, Puerto Vallarta, Tulum… One moment, we were hitting our goals to plan a trip for a big group. The next, the trip search spanned three countries, and we were no closer to a final destination than when we started.

I suppose if you aren’t in a sorority this is about when everyone throws her hands up and says better luck next year, but if you’re in a sorority then you know what happens next. That’s right, a vote. How do you plan a trip for a big group? You vote, a lot.

Jessica sent a text of the most economical lodging option for Mexico she could find, and I laid out the other options in a single Groupme message.

The Mexican city won in a 6-1 vote. Poor Sydnea was the lone dissenter still pulling for Colorado.

We did it. We came up with a date, a location, lodging option and payment/booking plan. We sent the information to the rest of our line sisters, and I went to sleep a happy camper.

I wish I could say the same for the rest of the committee. 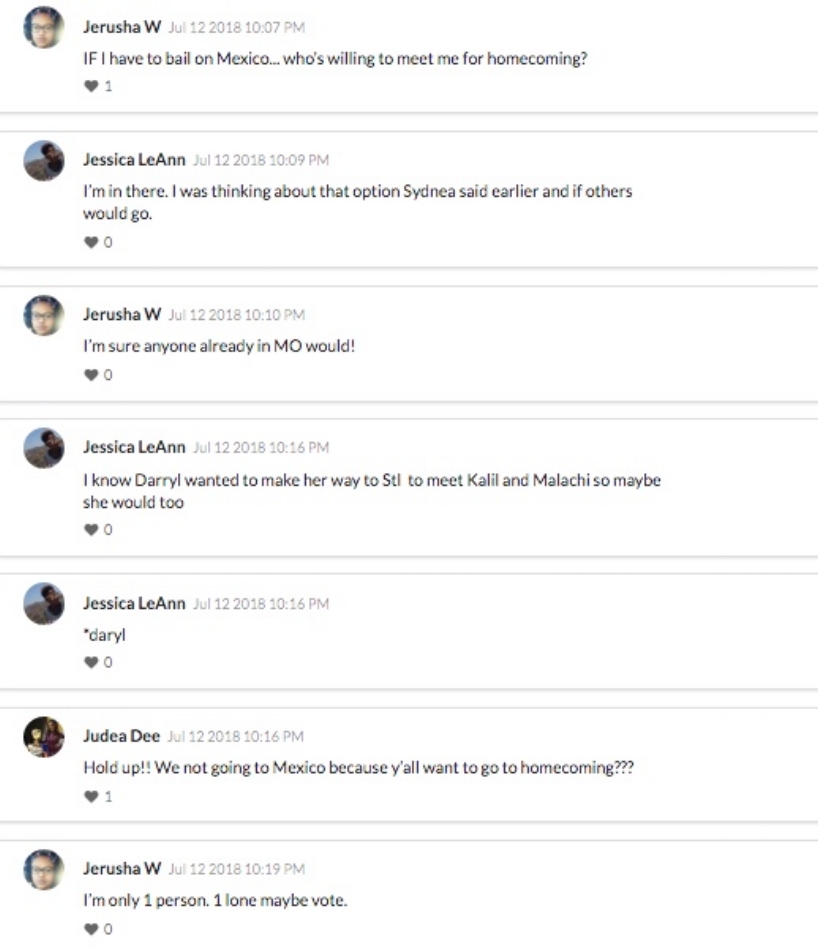 That’s how it happened. What started as a joke became a legit option that threatened to unravel our plan.

Luckily, the Missouri option wasn’t discussed very long, but it did send the group back to that Godforsaken drawing board.

I was asleep, but looking at the Groupme transcript, it seems like all options were back on the table by 11 p.m. July 13.

I ultimately think Cabo emerged as the victor out of sheer mental exhaustion.

I laughed, thinking we’ll probably end up in our college city of Columbia, Mo.

Either way, Cabo or CoMo, I can’t wait.

Whenever I’m with my line sisters, it’s as if time stands still.

We are back in undergrad singing sorority songs; having passionate debates about what we will wear to a step show; and for Jessica and Judea, taking road trips to see boyfriends who would ultimately become husbands.

Our bonds were strengthened in those moments and through the debates that came with them.

Now, we are older and wiser with 10 children between us.

But in the words of one particularly observant Honeycomb mom: “Ten years later – ain’t s*** changed.”