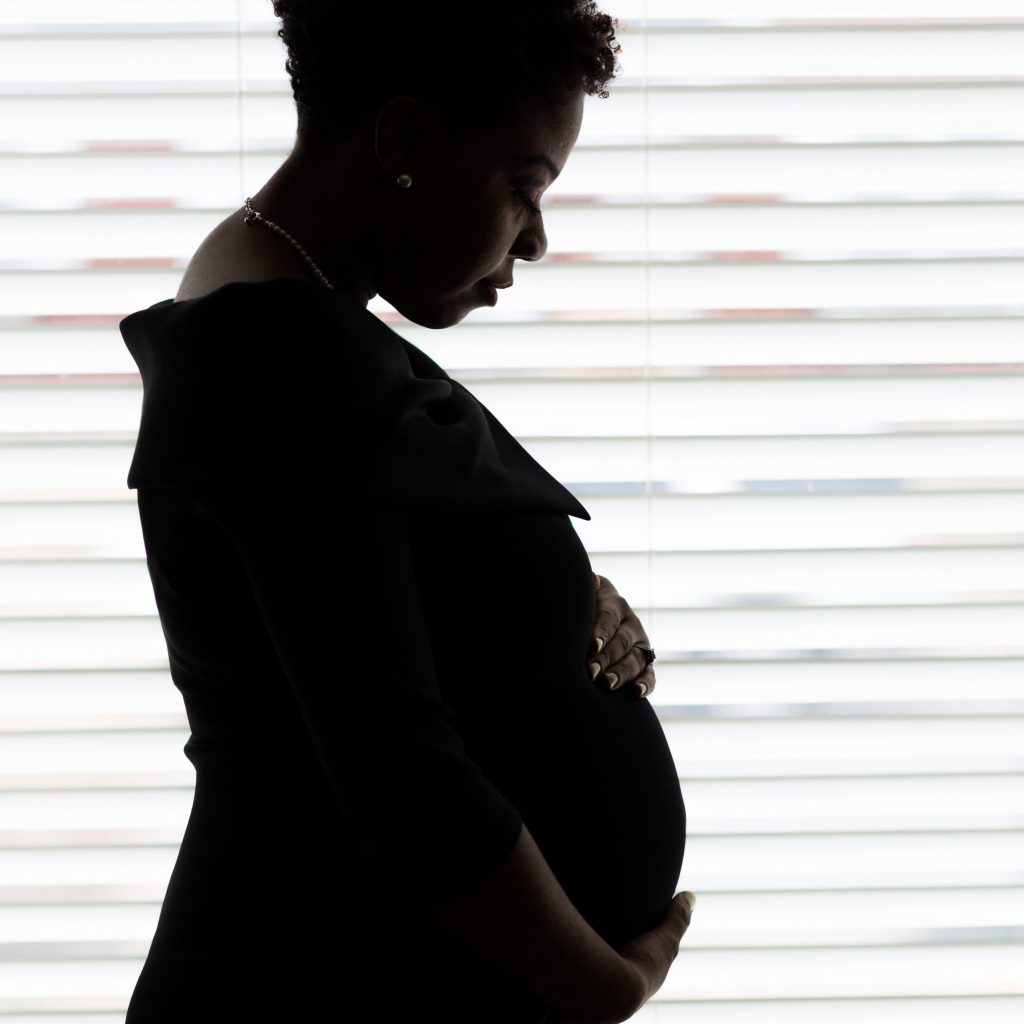 To all the women who have ever obsessed over an ovulation test, cried when their period arrives, battled one or more of the many conditions that causes infertility, struggled through unexplained infertility or lived through years of difficulties getting pregnant: You are loved. You are enough.

“Just look at it first,” I said to my husband in the bathroom of our St. Louis home.

I had just taken a pregnancy test. And after more than a year of trying to conceive with no results, I couldn’t wrap my mind around seeing another negative pregnancy test.

I held the test, but I wasn’t ready to really know what it revealed yet.

The thought of never making Corey Hawkins a father was heartbreaking.

Supposed to be pregnant now

Memories of all the times he loved, nurtured and supported the special children in our lives flashed through my mind.

I remembered the times he would force himself to watch endless episodes of “Yo Gabba Gabba!” with our little cousin or the time he was fully dressed but ran through the splash pad at the park with our goddaughter. I even giggled at the Christmas Eve memory of  us playing Santa and Mrs. Claus for Corey’s younger cousins. We wrapped Christmas toys, wrote responses to ‘Dear Santa’ letters and even sprinkled cookie crumbs all over their living room.

I smiled at the memories and was quickly reminded of reality. I needed to hand over this test, so I did.

Then, I froze standing in the bathroom doorway. I just knew the test would be negative. Within minutes, Corey’s jaw dropped and tears filled his eyes. I couldn’t tell if they were happy tears or sad.

It felt like I asked 99 times what the test said before Corey answered on the 100th time: “It’s positive.”

Learning I was pregnant after struggling with infertility

I couldn’t believe it. Corey dropped to the floor then immediately got up and began screaming and running through the house. He somehow  made his way out of the front door and back in, leaving me laughing hysterically in disbelief. We cried. We prayed.

As I fell asleep that night, I remembered all the times people asked, “so when are you having a baby.”

It was a heart wrenching question for me as I waited desperately to see a positive pregnancy test. It was a reminder of what I didn’t have.

I always wanted to put them in their place with long, elaborate answers disclosing my medical history, but instead, I chose to save them some embarrassment.

And there Corey and I were, seeing.

Only this time, it was something positive.

I had waited so long for that moment that I wanted to live in it.

Weeks and months flew by, and everyone I told seemed so happy for us.

But once again, I was snapped back to reality.

Pregnant, but still dealing with comments and questions

People couldn’t just be happy for us. They had to comment.

“It’s about time,” some said.  “What were y’all waiting on,” others asked.

The comments and questions were too much for one couple to handle. Maybe I should have let the questioners share the burden. I should have told them I was waiting on the perfect thyroid levels, or maybe they wanted to hear about the awful pain of a hysterosalpingogram test, which shot dye through my tubes. Perhaps, I should have let them feel the despair of knowing that even after getting everything just right, nothing was happening. Surely then, their curiosity would be satisfied, and they could simply say, ‘congratulations.’

That, however, didn’t happen. I lived with the comments and the questions, but I chose not to let them ruin the moment I had been praying to get for months.

I had an easy pregnancy, but then things changed

Corey and I got over the questions together, and we glided through the pregnancy pretty seamlessly.

I exercised regularly, stayed active at work and ate my fair share of cotton candy grapes and Imo’s pizza.

I couldn’t fathom having a preference about details like the sex of the baby.  Still, Corey and I envisioned a beautiful, unmedicated, vaginal delivery leading to a healthy baby boy.

It would be a scene straight out of the movies, and initially, reality came pretty close to a Blockbuster classic.

It was March 20, three days before my due date. I had brunch plans with my mom, but I was caught off guard by a weird feeling.

I canceled brunch to be safe and instead watched random shows on Netflix until I fell asleep, but the weird pains returned, waking me up.

In the movies, this is when my water would break, leading to a 15-minute labor and picture perfect home delivery.

I wanted a natural birth

I labored at home for several hours counting contractions on an app, and at 8 p.m. Corey and I decided to head to the hospital with both our moms and his sister.

I was extremely annoyed when we arrived only to find out that after nearly seven hours of home labor, I was only 1.5 cm dilated.

I couldn’t even get into the natural birthing suite until I was 2 cm dilated (petty nurse). But once there,  I spent the next 24 hours in the room.

I fought for a natural birth

I knew my natural birthing techniques. I had my birthing affirmations. I even took a hot shower and got in a laboring tub. I felt like a warrior, and Corey was every bit my equal.

He squeezed my hips through nearly every contraction, got in the shower with me and rubbed my back in the tub.

Even during trying battles, my mom was the calm in the storm. She prayed aloud and said affirmations as I cursed, wanting to give up.

The pain intensified, but I kept laboring.

It wasn’t until pains shot to my back more frequently that I got my first indication something might be wrong.

The doctors were concerned. Baby Hawkins was not in an ideal position.

The clock in the room was broken, and there were no windows. All I remember was being stuck at 7.5 cm and an anesthesiologist coming in, asking for a time check. Someone announced it was 12 p.m. on March 21, and things started spiraling out of control. I cried and prayed but ultimately had to get an epidural.

I hoped it would relax me enough to progress, and it did. Hours later, I made it to 9.5 cm. It was time to push, and I did. My family prayed, and I pushed for three hours.

At one point, the nurses even showed me a mirror image of all my baby’s curly hair.

Still, this baby was not coming out vaginally.

The doctor said that the kid had been through a lot and was not in distress, but that could change at any moment. I had the most amazing labor and delivery crew members, and they would support me through whatever I decided. But in my heart I knew I needed to get a C-section. I cried and looked at Corey.

Getting a C-section and not needing to apologize

Corey looked as if he wanted to cry but instead, poured out the most beautiful and encouraging messaging of how strong I had been and to never feel bad. He told me I had beasted through the contractions and that he would’ve given up right away. He said he loved me more for all I went through to get the baby on the other side.

He encouraged me until there was no more time for encouragement, only action. After about 30 hours of labor, I had the C-section at about 9:30 p.m. I felt the pulling and tugging until it was clear the baby was out.

Meeting my baby for the first time

I was in a daze but eager to finally see the person Corey and I created.

I waited on news of the baby’s sex from Corey, but he was frozen. I kept asking if it was a boy or girl. After what felt like a lifetime, he looked down at me with tear-filled eyes, covered his mouth and said: “It’s a girl!”

“I have a daughter, and she looks like you,” he said.

I thought I was dreaming. They held her up higher for me to see, and I quickly took her away, proclaiming she had swallowed her own poop and they needed to get her together. She was very content, a temperament that would later change, but at that moment nothing mattered. The hours and hours of labor didn’t matter. The unexpected C-section didn’t matter. She was perfect, 7 pounds, 13 ounces and perfect.

Looking into her eyes, none of the pre-planned names we had decided seemed to fit her.

It wasn’t until the day after her birth that we landed on the name Kalil Marcel Hawkins. Kalil means heart and good friend. Marcel, a variation of Corey’s middle name, means little warrior. And when we put the names together, they revealed our greatest hope for her — that our baby girl has the heart of a warrior and believes she can do and stand up for anything that comes her way.

Kalil is a miracle, a prayer answered and dream fulfilled. 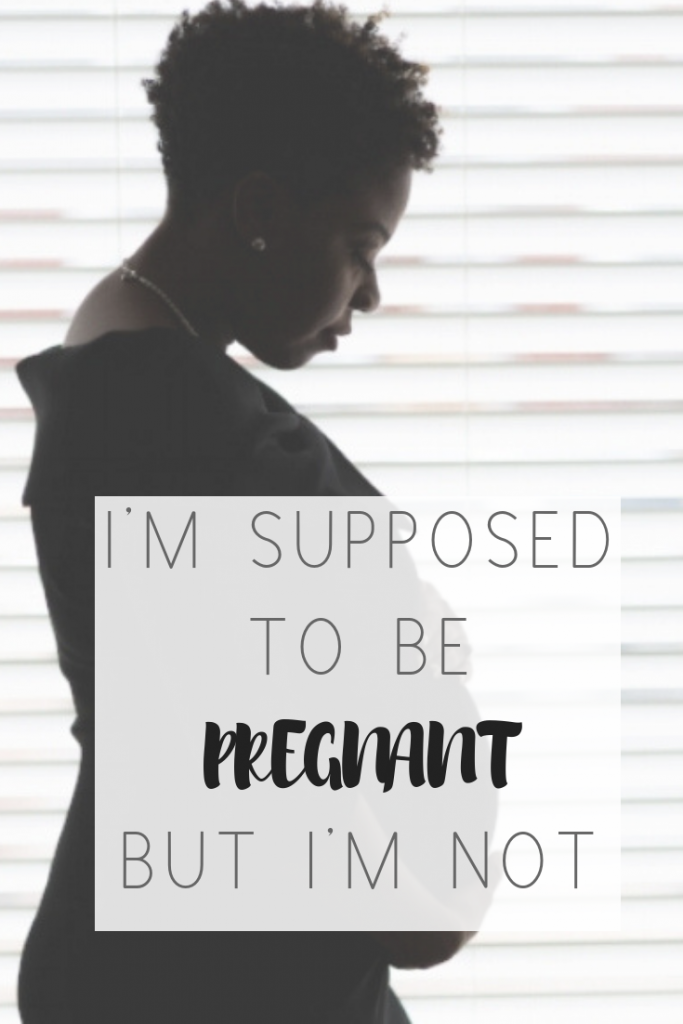 Pregnant 3 months before my wedding
Pharmacy school, toddler meltdowns and a baby on the way
Don't let pride cost you a friend (a lesson from HBO's 'Insecure')
How I became a mother: 'She wasn’t breathing, and I was oblivious'

10 thoughts on “I’m supposed to be pregnant, but I’m not”