Let me just say my son and I were pretty late to the sippy cup party.

I met up one Monday morning with one of my mom groups for a walk with our babies around Georgia’s beautiful Stone Mountain, and I noticed one of the moms handing her 10-month-old daughter a sippy cup.

My only child, Donovan, is 9 months old, so I thought to myself – ‘Wow, he’ll already be using sippy cups by the time he’s 10 months. Good to know.’

It never occurred to me to ask the other mom when she started. I just filed the information in my will-do-later file and kept it moving.

It wasn’t until Donovan had a routine checkup with his pediatrician a few days later that I learned we were supposed to have started giving him sippy cups months ago.

My pediatrician joked – He won’t be your baby forever. Stop delaying him.

And my husband developed a slightly panicked look in his eyes. I knew our journey with sippy cups needed to start ASAP.

So even though Donovan and I were due to leave town to visit my mom the day after that doctor’s appointment, I text my mom that we were switching to sippy cups as soon as we got to Chicago. I knew she would go out and immediately buy everything we needed. (The joy of having an excited first-time grandma.)

Sure enough, when my mom picked Donovan and I up from Chicago Midway International Airport, there was a Munchkin Miracle 360 sippy cup waiting for us in the backseat. It’s supposed to be good for dental development, my mom explained.

I took it out of its packaging the very next morning. I rinsed it, poured some water in the cup, screwed the top on and gave it a shake upside down. Nothing came out.

A lot of sippy cup companies have caught on to the fact that little ones like to treat everything, sippy cups included, like toys they can flip, turn, roll and throw. So to help reduce mess, companies developed sippy cups that are more spill-proof than the old-fashion ones.

I was beyond irritated. I went to the nearest store and bought what I thought were old-fashion sippy cups, the kind with spouts that would clearly be more intuitive. Wrong. I had purchased the Munchkin Click Lock sippy cups. And when I filled one of them with water, twisted the top on and attempted to suck from it, nothing happened.

My battle with an unexpected foe – the sippy cup | Honeycomb Moms | Donovan is enjoying the breeze with his sippy cup outside his aunt’s home in Chicago. LAUREN FLOYD / INFO@HONEYCOMBMOMS.COM

So I took my sippy cup research to Google, and I wasn’t happy about it. If I have to Google how to use your sippy cup, it’s obviously not intuitive enough, I fussed.

Yet, would you believe I could not find a single article or video that explained how to get liquid to flow from these fancy new cups? Everyone wants to talk about how easily they snap and lock into place and prevent spills. Well, how do you drink from the darn cups?! I was shouting by the time it occurred to me to ask the other Honeycomb moms.

When I did, mom of two Judea Dee-Steele responded first.

“Press your lips on it, and it comes out,” she said.

How dare she?! I’d obviously already tried that with all these cups.

“We started Liv with the Munchkin 360,” she said. “Maybe just give it to Donovan and see how he does? We weren’t able to transition to cups with a spout until closer to 18 months.”

Finally, some advice I could use.

I let Donovan play with the Munchkin 360 like a toy hours before he was even hungry. My honeypot has to get familiar with things before he just takes to them. When he was finally hungry, he went from whining to crying in seconds.

It wasn’t a new routine by any means. He is usually famished by the afternoon because he eats light in the mornings.

I tried showing Donovan how to use the 360 cup at the peak of his hunger, and he about wanted to throw it at me. I could see it in his eyes, so I put him in his highchair and spoon-fed him pureed carrots until he was just full enough to tolerate trying something new.

I picked up the 360 cup, brought it to my mouth and pretended to drink.

Then, I brought the cup to Donovan’s mouth, pressed the cup’s top just above where his mouth was and I kid you not, a few drops came out.

When Donovan realized the cup had food in it, he began drinking like a pro.

I couldn’t believe it.

I may never know how to use a sippy cup, and I’m OK with that.

But my son is a natural! 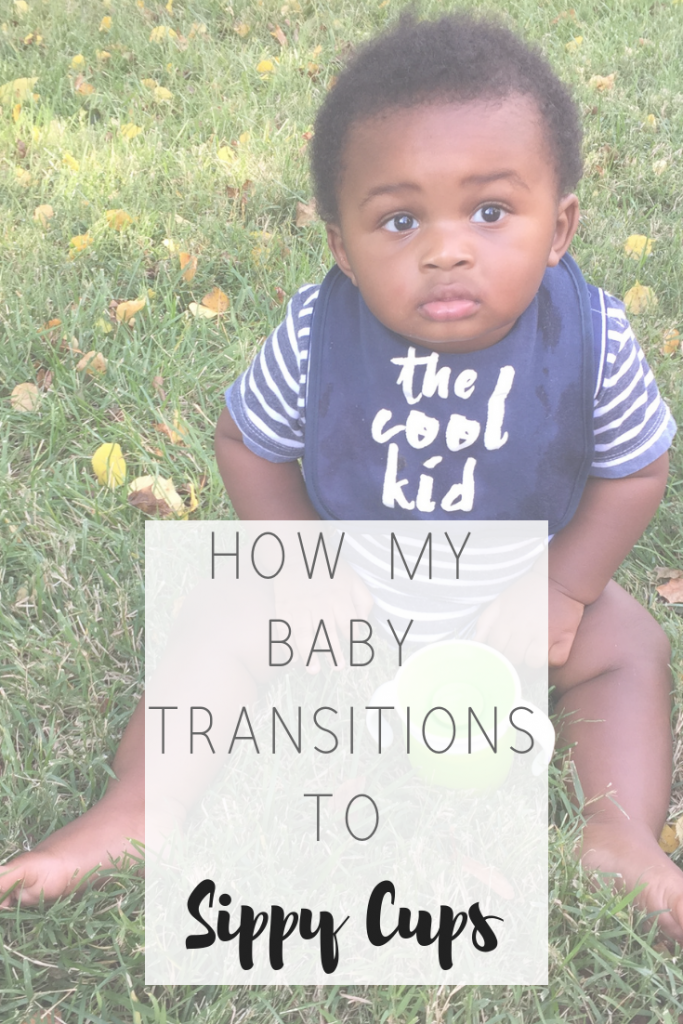 Things to get new parents that they won't know to ask for
What to do when baby falls for the first time
SPECIAL: A Father's Day tribute to 7 beautiful black men
Why I Canceled Halloween

5 thoughts on “How to use sippy cups: Help your baby transition from the bottle”