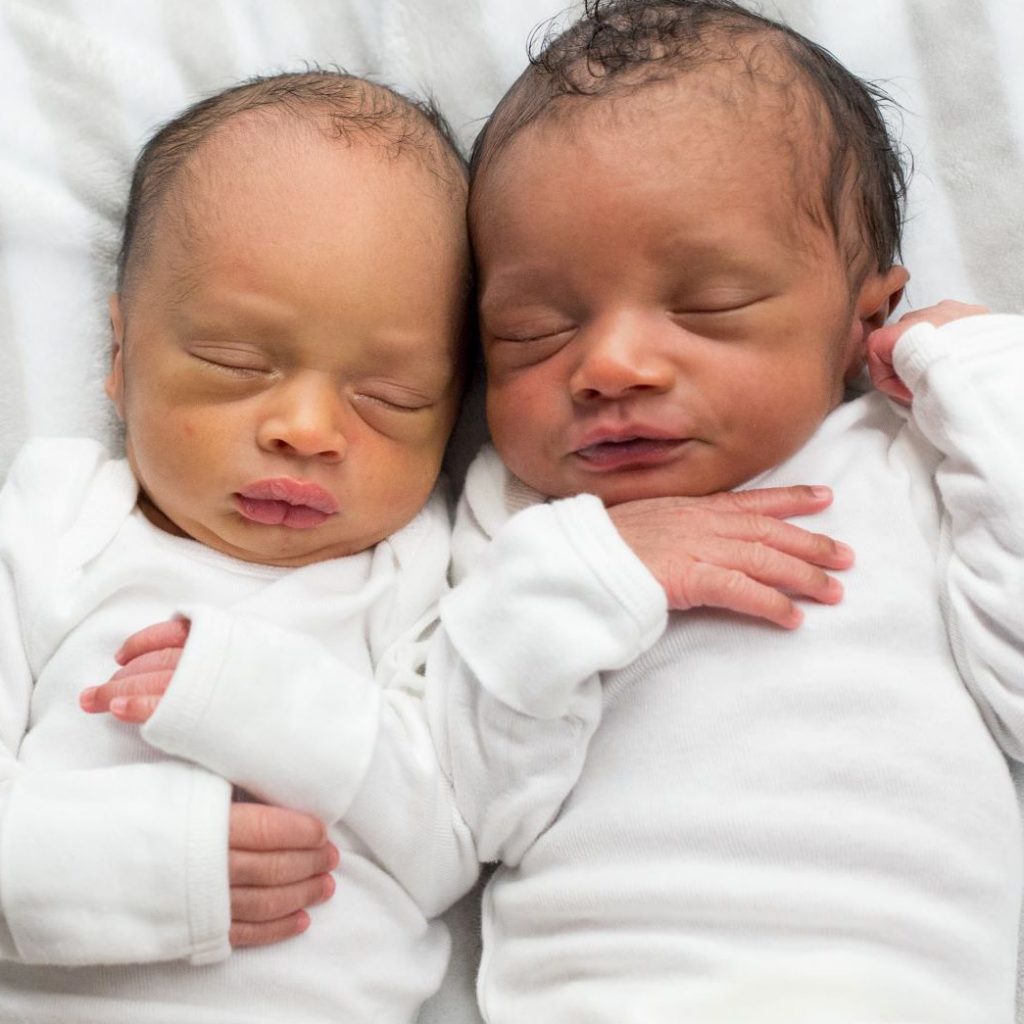 When I became Mrs. Paul Brandon Washington on April 30, 2016, my husband and I had one daughter, a 1-year-old named Journey.

Our family was a tight-knit circle completely enclosed. We had just packed up and moved from Kansas City, Mo. to Minnetonka, Minn., which is hours away from almost everyone we knew.

My husband and I were totally consumed with each other and Journey, and we were a unique version of the Three Musketeers. So when Paul declared we were ready for another kid, it caught me completely off guard.

Deciding to have another baby

Paul and I are stepladder children; 11 months separate him and his closest siblings, and roughly 18 months separate me and mine. He used this point to persuade me that it was the perfect time to expand our family. I wasn’t sold, but I agreed to trying.

I had convinced myself that since one ovary was removed during my first delivery, it would take some time to conceive anyway. Journey was 18 months at the time, and I assumed she’d be nearing 3 years old by the time we were able to get pregnant. I was wrong. We got pregnant on our first try.

Another day, another turbulent pregnancy

I thought pregnancy was rough the first time, but everything was worse with pregnancy No. 2. I was so nauseous that I self-diagnosed myself with hyperemesis gravidarum, a pregnancy condition characterized by intense nausea. I was exhausted, with frequent headaches and constant discomfort.

I also gained weight much faster than with my first pregnancy. I refused to let any of that deter me from my plan. I found a local hospital with a birthing center and a team of midwives. My prenatal visits were going well, and my doctor told me I seemed like a great candidate for a vaginal birth after cesarean.

Finding out much more than one baby’s gender

My appointments lined up perfectly so that we would find out the gender of baby Washington right before we headed home to Kansas City for Thanksgiving.

For me, the appointment was just to confirm what I already knew – We were having a boy. It had to be a boy. Everything was so different from when I carried my little girl.

The morning sickness was worse. I felt increased fetal movement. I even had very different cravings. With Journey, I needed collard greens weekly. For this pregnancy, I was asking Paul to make steak and burgers almost daily.

On the day of the appointment, I laid up on the table, and we joked with the sonographer.

“Make sure there’s just one baby in there,” I said.

She looked at the screen in front of her and quickly confirmed that there was just one baby, but not even two minutes passed before she developed an odd look on her face.

“Wait, there are two babies,” she said.

I laughed. She had to be carrying on the joke we started earlier. She projected an image onto the larger monitor with the labels Baby A and Baby B. Paul and I looked at each other in disbelief.

This was no joke.

How are we having twins?

Our plan of surprising everyone with one baby’s gender over Thanksgiving dinner instantly turned into a much bigger surprise. My mind was moving a mile a minute.

I couldn’t keep it in, so I called my sister. I told her through tears that we were having twins. She also thought it was a joke, and it took a minute for reality to set in.

I had been to several appointments during the first 24 weeks of pregnancy, each included listening to the heartbeat. I even had the opportunity to watch the heartbeat via ultrasound.

In 24 weeks, no one at the hospital even suggested there might be another baby in there. Regardless of the explanations, they gave for this oversight, I was not in a forgiving mood. I was so stressed out.

Everything changed, then changed again. My pregnancy was automatically deemed high-risk, and my birth plan was essentially thrown out the window.

But then, it was relatively smooth sailing for the next several months. I visited the doctor almost weekly, and everything looked great. There were no complications. I made it to the final month, and my belly had been stretched to capacity.

My blood pressure was consistently elevated, so the doctor put me on bed rest.

I’ll be honest. I didn’t take the instructions for bed rest seriously. After all, I now had a 2-year-old daughter to care for and two new babies to prepare for.

Besides, I already felt like I’d been slacking off for months. I didn’t want to put anything else on Paul.

Adhering to bed rest halfheartedly lasted only a couple of weeks. By week No. 36, my blood pressure was alarmingly high, and the doctor forced me to schedule a C-section.

It went without hitch and seemed to go faster than my first C-section. On March 20, 2017, Elijah Paul and Asher Brandon entered the world 30 seconds apart and completed our family. They are the perfect complement to one another, different in almost every way.

Asher, who we call Peanut Butter, is full of energy and wants constant attention. He loves to dance and suck his thumb. Elijah, our Chocolate Man, is laid back and independent. He prefers pacifiers and doesn’t like strangers.

Paul, Journey and I immediately fell in love with both of them, but Paul and I weren’t blinded by this love. We knew that our world was forever changed. Our hands were as full as our hearts.

We needed our village, and that meant just six weeks later we’d be packing up everything we owned and driving across two states to move back to Kansas City.

It’s now been a year and a half since we moved, and I know without a doubt we made the best decision for our family.

Why You’ve Been Seeing More Topless Black Women on Social Media Lately
How I became a mother: 'She wasn’t breathing, and I was oblivious'
I'm supposed to be pregnant, but I'm not
Married, grown but not ready to be a mom

10 thoughts on “Planning for 1 baby and having twins”