Even though the Super Bowl was in my home city of Atlanta, I did not watch the game. Reason No. 1: I’m black. Reason No. 2: Reason No. 1 won’t be changing anytime soon.

The NFL has a long history of treating its black employees as lesser than, and that history started long before quarterback Colin Kaepernick took a knee during the national anthem in 2016 to protest police brutality and was in effect, banned from the league.

Still, it’s the NFL’s response to Kaepernick that was the most painful blow to my family. Kaepernick was taking a knee for black people, and the NFL blatantly shut him out. After three years, it’s clear the league’s ban was intentional and permanent.

So I’m giving the NFL what it gave Kaepernick, the cold shoulder.

Here are five things to do instead of watching football on Sundays:

1. Netflix and chill after the kiddies go to bed.

Have you finished binge watching the Netflix series “You” or the documentary “FYRE: The Greatest Party That Never Happened”? Of course you haven’t. You have kids. Now’s the time to get caught up.

Atlanta’s Starlight Drive-in Theatre on Moreland Avenue has movies playing every Sundays as long as there are no holidays or inclement weather threats. But even if you don’t have a drive-in movie theater near you, bring your baby along with you to a local theater during an unpopular time. So there won’t be many other patrons to complain if she cries.

Plan a family fun day at Atlanta Botanical Garden. They usually have fun exhibits or activities going on, and you have ample time to explore the rest of the garden while you’re there. Just be sure to bring hot cocoa in case it’s chilly out.

Since it’s February, many libraries have Black History Month programming going on. Just be sure to invite friends to make it fun. 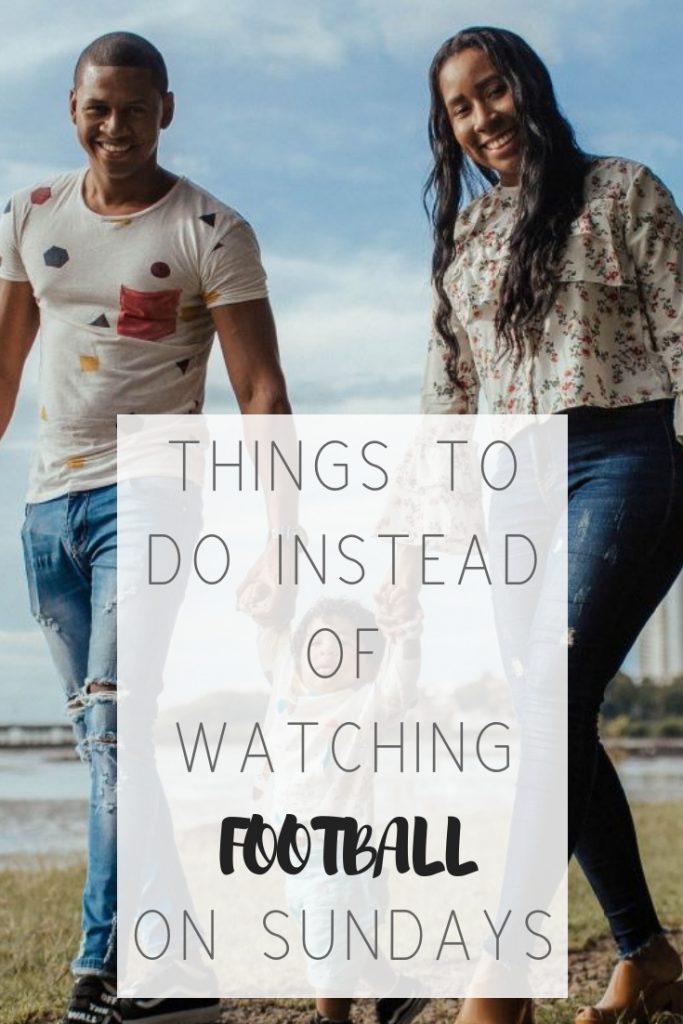 5 things to do on Father's Day that won't bore a millennial dad
7 free things to do with kids in Atlanta
Skip toys: Give experiences to your children
Ultimate guide to summer programming for young children in southwest Atlanta